Chasing rainbows and day 291 of #handstand365

You know those days that come around every so often that have a magical light that affects the whole day, yesterday was one of those days.  The sun was a welcomed sight and it was in the low 50s here in Port Angeles.

As I dropped off the wee spawn at kindergarten we saw rainbows in the distance that we stopped to appreciate for a bit.  Bright rainbows of a kind that I haven't seen for a couple months due to the winter sun.  I have seen more rainbows here in Washington than I have seen in my whole life combined and I have appreciated each one.

I dashed off to Ediz Hook to try and get some yoga pictures after dropping him off.  It was perfect!  The sun was shining although it was raining on me, big cold crocodile tear drops.  There was a wind that made the waves loud and wonderful! 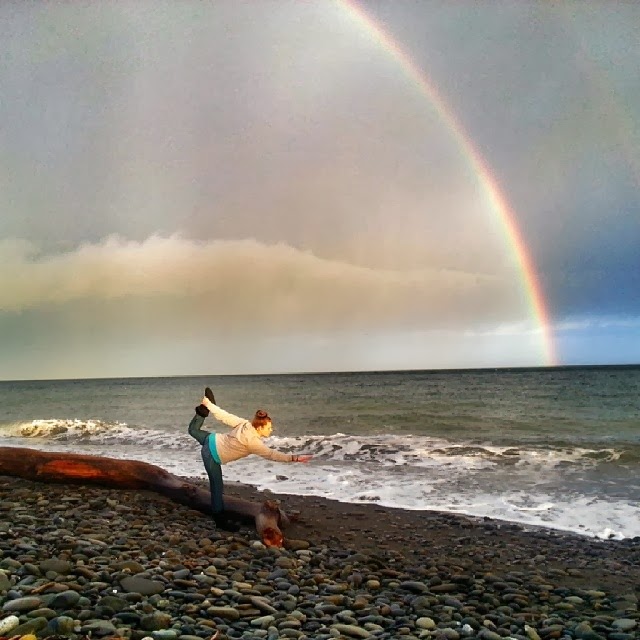 When I got home it was all about getting shit done and I was ready!   We got the house that we wanted in Bremeton so now its all about getting moving.  I had to make copies and sign papers and hit the post office, but the light stayed magical all day.   I so wished I had a longboard to cruise to the library and to head downtown to get the shiznit done!  Soon!   I'm working on it.

So was it love that was in the air gearing up for Valentines day that made the light so perfect?   I noticed that people around me were happy and mellow too.   I was given a banana by an old fella at the social security office, just because,  and I heard two people telling someone else they loved them during my errands.   Thats pretty cool.

Sheldon Cooper doesn't think its love in the air and I adore him for it!   Many people are angry and single today  or angry and with someone but still feel alone.   They don't want to celebrate the heart day.  I get that but its about love and not so much for people we have but maybe for people we don't have too.   Love isn't only the romantic kind.

I gave the Milo spawn a box of chocolates and installed a Minecraft Pixelmon mod for him.  Kind of a regular day actually but its nice to recognize and think about love.   As a side note although it's pretty huge, I didn't get angry once while installing this mod and it took quite a while as there was a steep learning curve for me.  That is some personal growth right there!  I have a tendency to get really irritated with computer issues.  High five for me!

As for the Superhero and I, we are always pretty lovey.  We work on it though.  We hold hands and kiss a lot and  are a team.  We fall into a routine but make it a habit to take care of each other.  We are each others person, the one that we go to when things happen.   Things of all nature, the good, the bad, and the ugly.   Did I mention its work, hard work,  and not just on one day a year? 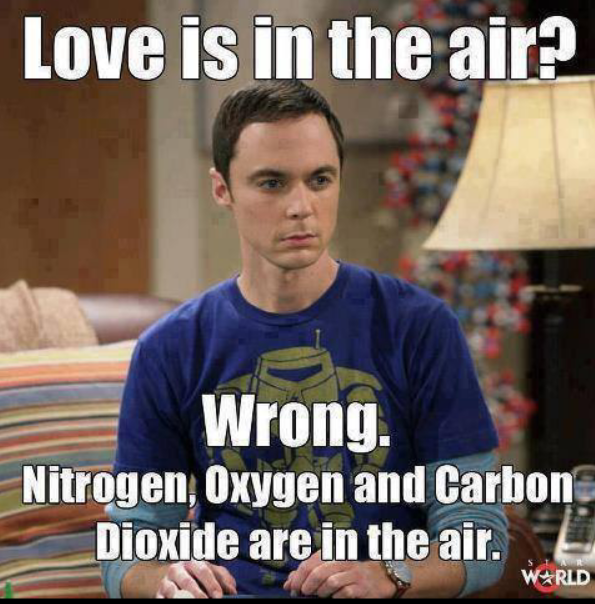 Back to yesterday,  we went to the pier after running around doing maintenance stuff.   The boys played in the sand and the Superhero and I talked about the ships in the harbor. 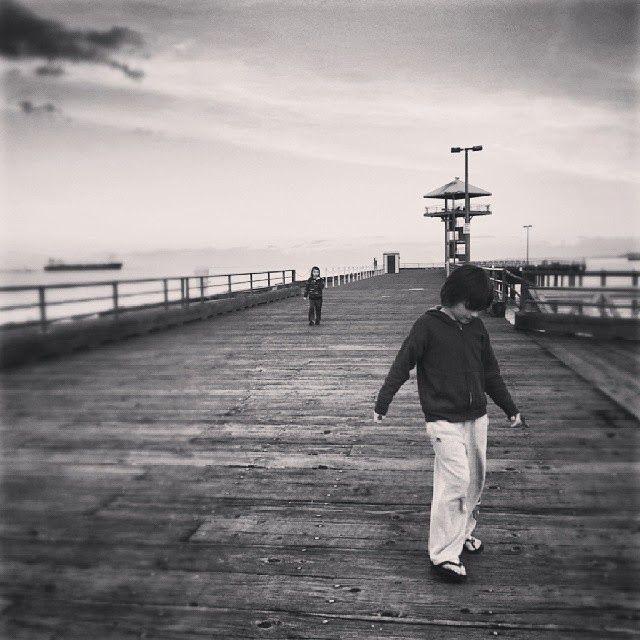 Yesterday was day 291 of #handstand365 challenge.  It seems that if I have the Superhero taking pictures for me, I can hold my handstands for longer.   Like I need to show off for him and show him that indeed I am getting better after all this time.
I even took a step with my hands to catch myself and didn't loose balance!
It must have been the light. 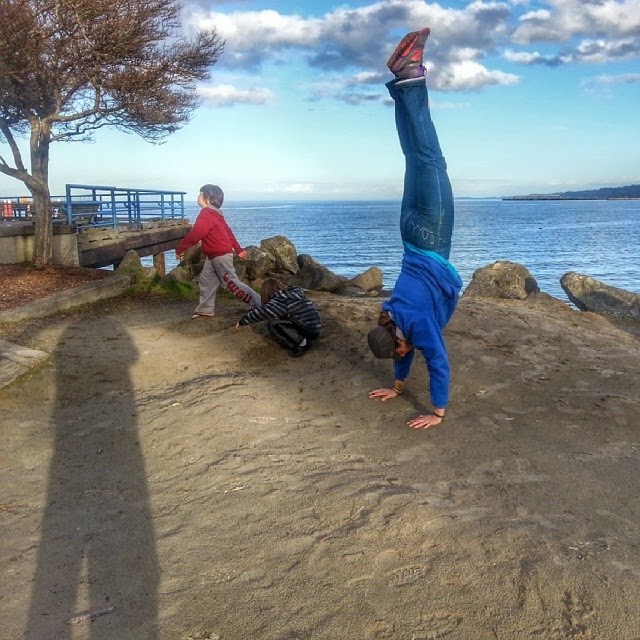 Have you entered my Be Here Now giveaway??  Check it out!!