Still no sunshine here for the last couple of days. In fact we have had more snow on Friday and more to come tomorrow. I am not taking for granted the sun I enjoyed on Wednesday and Thursday and am feeling hopeful after reading several blog posts that mentioned how beautiful the weather was in their neck of the woods and even photos of flowers blooming in some. It is spring somewhere in the world!
I was given a Sunshine Award by my bloggie friend Julie. It really did brighten my day and I look forward to passing it on.....so without further ado....I give the sunshine award to (in no certain order)  Jason of Barefoot Chronicles for being such and inspiration and helpful friend.
I also bestow this happy award to Ewa at Running Bunny. She is always encouraging and sincere. She has a great blog however I have not been able to post comments but I want her to know I am a follower and wish her the best. The next two shall go to Runner Dude for reminding me that I need to be well rounded in my fitness and that my running with improve for doing so.
Last but not least Shelly at It's just one foot in front of the other. She is running in the snow too and could use some sunshine! Her miles are amazing and she is quite an inspiration!

After reading earlier on Runner Dude's blog, I decided to do some speed work on the treadmill as well as some hill work. I even did some light weights afterwards for my upper body.  It was more of a mental challenge than a physical one. It was harder to stick it out than I remembered. I have been running slow high miles and don't want to get in a rut.

I did my first of 5 miles at a faster than normal warmup pace and the second I sprinted during the commercials while watching Lost on hulu.com.  I also always sprint for the last tenth of a mile unless its the last.  The third mile was about 75% race pace and the fourth I did on the highest incline for the whole mile.  It was tough and I don't go very fast but I did sprint as best I could during the comercials.
The last mile was a bit faster than a normal cool down mile but I planned to walk for a while after to cool down instead of my light run.
My feet seemed to hold up well. I ran barefoot of course and usually I have problems with blisters going faster but it was fine today and I feel refreshed instead of tired. 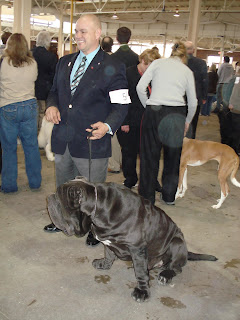 I have been meaning to work on a Kefir post yet keep finding other fun things to do instead!  My dear one and I took three of our four boys (Jupiter is at camp weekend) to the dog show and cattle show at the state fair grounds today.  It was a small dog show and in a rather crowded setting but was not as loud and chaotic as what I would have expected. 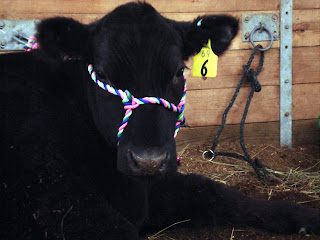 It was amusing to see the difference in dog and cattle people.  The cattle people were so much more appropriately dressed for the weather and elements!  They had thousands of people in the cattle barn and they even had a bar!  It was like walking into a country bar with a dirt floor. It was decked out with an actual bar to sit at and beer lights and all.  Very surreal and fun.  The dear one and I decided that if we were sans children we would love to sit and drink beer and people watch and laugh about what the young couple we found earlier hurriedly walking from around the back of one of the buildings  were probably doing! 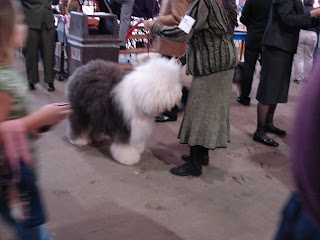 Those  country kids seemed to be having a whole lot more fun than the dog people!  It was awesome to see all the different breeds of dogs and try to identify them.  We saw the most adorable French bulldog. I love frenchies. We used to have a Boston Terrier that he reminded me of.

I put off making crackers but am waiting until I get some parchment paper from the store. I also want to experiment with making energy bars for my long runs.  I will report on how they turn out. I also need to work on a facebook page for the Iowa chapter of Barefoot Runners Society.
So much to do. I can never say that I am bored!

My lovely Jupiter is at camp weekend. His eighth birthday was today!!  I can't believe it!  I hope he is having fun and I look forward to making him cookies when he comes home tomorrow!! 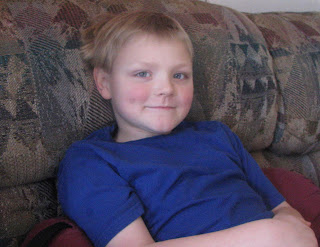 Here he is as a brand new babe with big brother Samson. 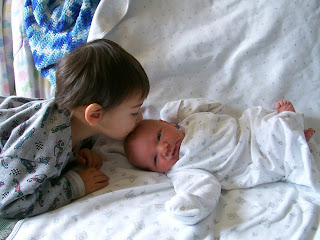 He was my big baby! He was 10 lb 2 oz at birth and he was also my first VBAC (vaginal birth after a c-section)  He has been a delightful child that has challenged me to overcome obstacles I never would have imagined. His autism has been the biggest heartache, motivator and learning experience I have ever faced.  I have grown so much as a person and I hope to continue trying to help him grow. I am a better person having him in my life. 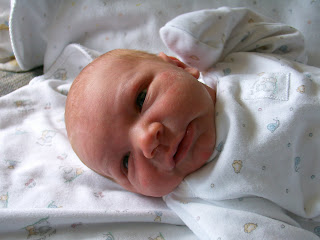 If anyone has questions about VBAC or autism or anything at all please feel free to ask away!!

Speed work AND hill work - Have to strt calling you Hardcore Angie B!

holy cow! 10lbs! You can do anything!

Happy birthday to your little guy! Mine just turned 9 this week. On the weather issue...if it makes you feel any better, those of us in the mid-Atlantic will NOT see flowers any time soon! They are buried deep beneath piles and piles of snow.

Hi Angie,
Thanks for sharing the pictures!! Your children are beautiful:) Happy birthday to Jupiter!! Good job on your workout you stud girl!!

I love going to the fair and seeing all of the animals. Minnesota has one of the best State Fairs around but I hear that Iowa's is pretty good too:) Angie I hope that you have an awesome week!!

I love the baby pictures. So sweet. Happy Birthday to your no longer little one (wait he wasn't very little in the beginning, heehee!)

Great runs! I agree with Jamoosh...Hardcore Angie Bee is sounding just as accurate!

Thanks for checking out my blog :) You're definately hardcore running barefoot in the snow! I'd be such a wimp having cold feet haha! My boyfriend thought he had a gluten allergy for a while, it actually turned out to be a soy allergy, I was so bad at baking gluten free goodies and bread for him!

Ok, finally getting caught up on some new blogs!! Sorry about that, I’ll be better I promise. :)

So first, I grew up between fort dodge and spencer – so anyone who lives in iowa is good people. Second, FOUR kids?! You totally don’t look like you could have four kids – so obviously that barefoot running has something to it! Or, maybe the chia seeds I suppose.

Lastly, I LOVE your header picture. It reminds me of home, a lot. Minus the white swirlies I suppose.