Cosmic kick in the ass did wonders for me!

Sometimes the universe gives you exactly what you need. Whether you like it or not.
Yesterday the keys got left in the van and this morning the battery was dead.  So, I walked Archimedes to school.  He is grouchy in the mornings just like his mama!

Later in the morning I decided to walk to a doctors appointment instead of risk not getting a jump for the van.  I so wished I had borrowed the teens longboard as I would have been their in half the time BUT I reconnected with walking.  Walking with a purpose and then walking home just for the love of it. 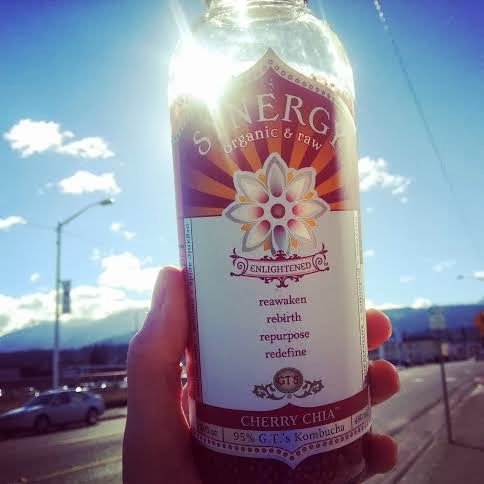 Look at that sunshine!  Yes, we do get blue skies and sunshiny days here in Washington.  We have had such a lovely mild winter.

There is something about getting out in the fresh air and sunshine and seeing your city from a walkers perspective.  I noticed people and even noticed more about myself while out than I have in a long time.  Some were busy and everyone said Good Morning.  Which is so much easier to say than Good Afternoon although I say it anyways.

I stopped at the grocery store on the way home and got a Kombucha.  I also found an Iyengar Yoga Studio, and stopped into a medical marijuana dispensary and asked loads of questions.   You want to meet super, I mean super nice people?  Go to a dispensary or at least the one here.  Olympian care down on Lincoln is so friendly. 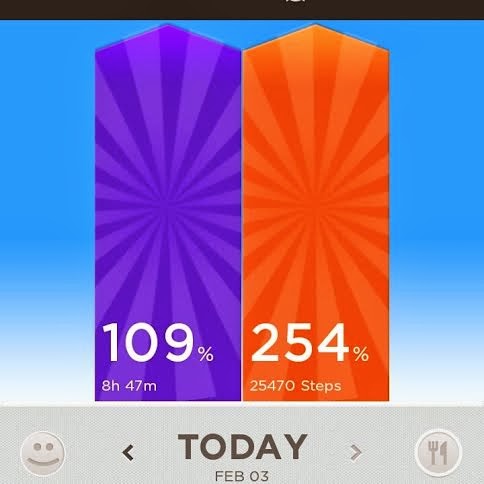 This is what that good ol' cosmic kick in the ass did for me!   That dead battery got me moving and it was so wonderful to have done all that after such a stellar nights sleep.  I did have some chest pain while I was walking but it did go away so not too much stress.  Damn MS. 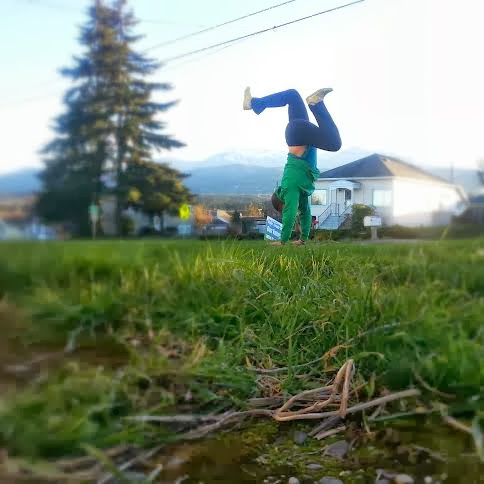 Today was day 280 of #handstand365 challenge.  My legs were so tired that it was hard to kick up.  We have some serious hills here.  Its not Kansas flat at all! 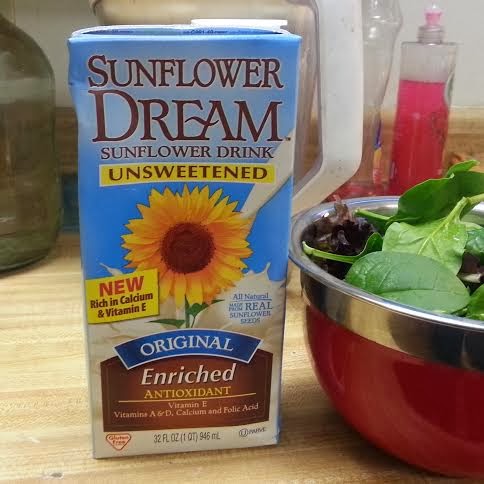 I also discovered this lovely Sunflower Dream drink today.  Jupiter, my son with autism that has the food issues, can have it too!  He really liked it and I thought it was pretty tasty too.

It was a hugely productive day on so many levels.   Just the other day I was so stressed and unhappy.  It was a struggle to choose to be happy.   A constant battle to choose happiness but I knew it would change.   The teen and I bombed some hills on the longboard and then all was right in my world again and I haven't had a crappy day since.   Walking, yoga, and long boarding seem to be the sweet trifecta for me these days!

What gets you happy these days?   How are you coping with the winter?   I think I could use a light box.....