Balance, Love, Light, and choosing to stop the nasty chain.

I had one of those moments today where I really wanted to lash out at someone that  needed to see that I was wearing my sassy pants and taking no shit!!  Ugh.  this bitchy old woman was really being a piece of work.  She was rude and insinuated that I was a liar.  I wanted to embarrass her and make her pay.   Where had my grace gone....

Then I sat in the van for a moment and looked around.  There were four happy boy spawn laughing and having a good time.   After some deep breathing I chose,  the key word being chose since from one perspective she needed to be taken down a notch,  I chose to stop the nasty chain right there.  Even if I felt like being "that" kind of person, I don't want others to see my actions going down that path, especially not my sons.  They have seen me screw up enough. Yep, human.

I realized that whatever reason she was being a bleep was none of my business.  It was my responsibility to stop the spread of nastiness.  I would not lash out at anyone, including her.   I would stop the chain of events at least from spreading out from me.   I could picture this spread of unhappiness from one person to the next like a frown virus.  I would be a white blood cell.....haha!

When I was thinking about why I was so easily set off by her I realized that maybe I wanted to fight with someone.  I have been under some stress about Jupiter and although the stress of autism is typically a low lying dull hum that permeates everything but is still something I can tune out and focus on the positive, some days its louder and takes up some of my reserve of patience.   I have to actively work towards balance.

On the autism front I got some very encouraging news today.  After getting a report from school that Jupiter had hit yet another student, I wrote an email sending out feelers to see if we could get Jupiter back into the Homestead clinic, where he made so much progress before.    Although he does not qualify to go to clinic because he is too old,  they are creating a new program that he does qualify for and it looks as though just like when the clinic started, he will be the first kid!

Even if it doesn't work out I am still filled with hope.  That hope and positive feelings means so much to me.  It feels like a weight has been lifted and I am savoring it like that chocolate that I am resisting eating because I am also trying to loose the winter weight.

Its not like a new program will be easy peasy.  There is a parent participation aspect which is great but a lot of work.   We did the same when he was at the clinic.   It could mean a huge disruption to our lives.  But, it makes me feel less guilty.  You know what thats like if you have kids.  Being a parent means battling guilt for most of us even if its ridiculous.  I try not to go there but like autism being a dull hum of stress, guilt is the harmonious partner to special needs.

I have my time with Le Hubs watching our shows in the evening and we have been moving right along with the HoneyCow beehive.   My sons are delightful and I am very much enjoying my yoga practice.  For now my little bubble is intact and well.   Its hard work to keep things positive but so worth it when I sit back and look at my day. 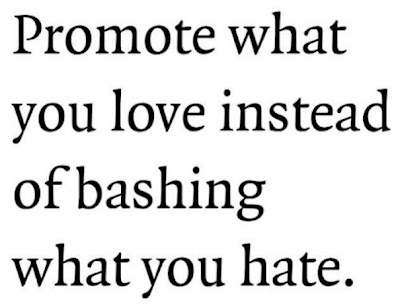 Check out the Yoga Tank and Yoga Mat giveaway!!

I try hard to give people grace even when they don't deserve it. I know that things are happening to them that I no nothing about. I think these are the moments we are truly showing the world what love is.