Being Bendy, Autism, and INKnBURN

"The only person you are destined to become is the person you decide to be."
~Ralph Waldo Emerson~

Flexibility has been the word of the week and seems to be a recurring theme.  Not only in regards to yoga but my mind and attitude.  I had plans that were dashed by a spawns pink eye.  I had energy and yet the amount is always finite.  I had ambition but not always enough umph.   I have purpose but only so much I can do.

I took a few days off from yoga and was pleased to find that when I went back to it I wanted to be doing it.  When I really don't want to do something, I assume its probably my mind and body telling me to take a break, so I did.  When I came back to it I was ready and found that I could really see progress. 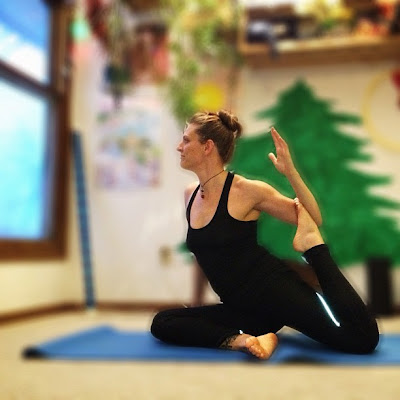 Not even a month ago I could not get my back leg bent this much nor could I get my foot in the crook of my elbow.  I could not sit up this far either.  It all stemmed from my super tight crazy emotion vessels  I call my hips.   The goal is to have my other arm behind my head grasping the other hand.  Im getting there!

I think Mermaid Pose is such a beautiful pose.  The hip openers I do to work into this are my favorites.  They used to be my most hated posed however hatred and yoga don't mesh so I changed who I am.  I am now a person who loves hip openers.   They are not in any way easy or without discomfort but they are where my work lies and I am thankful for it.   Was this easy to just magically decide to like?  Hell no!   But, like changing my mind about asparagus,  lima beans,  the cold,  the heat,  waiting for trains,  and many other things in life that I choose to like now, its just that,  a choice.   It hit me on an intuitive level the other day, I suppose it was an epiphany, I love those, that I have to be willing to become the person I need to be to deal with what life hands me.  In order to become that person I need to be bendy both in body and mind.

How is it done?  You breathe and pep talk yourself until you have changed your mind.  In essence a fake it till you make it.  Envision yourself how you want to be.  You notice when you start to feel agitated or angry with change and breathe into it.  Notice how you feel and then start to think of how you want to feel.   Over time it transforms into the reaction you want.   Its hard work but rewarding work. 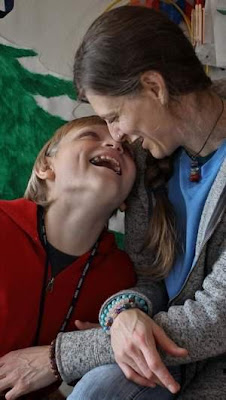 On Thursday I went to the capital building for a Day On The Hill for Autism Advocacy with Autism Society of Iowa.  We were there with concerns about autism insurance legislation.  I so very much hope this passes.   My son Jupiter is 10 years old and  has severe autism.  He is non verbal and quite far behind still.  He was in a program that that he was showing so much improvement it was phenomenal.  He was in the program for a year and his team at the Homestead Clinic as well as developmental psychologist and  his father and I all agreed that he should stay in the program for at least another year minimum and we were so excited to see him blossoming.

He was denied the service because he was too old for his state insurance (he has medicaid because he is disabled) to cover this service.   He would be covered if he was 8 and under but because he is getting older he is considered a lost cause.  Some days I'm accepting and calm about it and others I am livid.  He is not a lost cause and it is cheaper for the state to help out now instead of spending 3x as much to care for an adult with a severe disability.  He has so much potential and I am not just biased saying that.

I don't know what will come about yet with the legislation.  It seems much is in flux in Iowa these days.  I had to and continue to practice being bendy and flexible to deal with what is thrown our way in regards to autism.   If I am flexible it seems to hurt less. 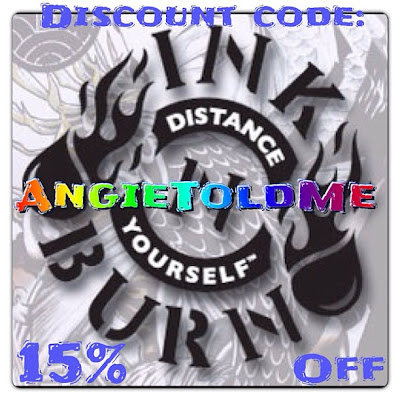 Some really rad news is that I was chosen to be an INKnBURN ambassador!   Their apparel is like wearing art.  I have not received my order yet but its due to arrive in  few days and I am so excited to get the jean yoga pants.  They look like jeans but fit like yoga pants.  I just can't wait!   I was the only one who practices yoga more than runs and they thought that was cool.   One of the perks of being an ambassador is I get to share a discount code.  Get 15% off with discount code AngieToldMe.

However you choose to move its always best to look fabulous doing it!

Breathe, find balance, eat some veggies, and spread some love and everything will be ok.
Cheers,
Angie Bee