Barefoot Form is the Little Black Dress of Running.

When I first started blogging I tried very hard to connect with other women runners.  It wasn't really about how I was running barefoot but more about how I am a runner trying to increase my happiness and perfect my skill.  I focused on being a mom and a runner.  I just happen to prefer to run without shoes.
I found many other ladies running and sharing the same issues.  Lots of other moms turn to running for stress relief, alone time, or at least time to be just about them, and to loose the baby weight.  Of course there is the whole staying fit part but killing two or more birds with one stone is way better!


Whats all the rage in the running world??  Barefoot running.  Minimal shoe running.  Its a collective recognition that ultimately we all love to run and we want to do so well and for many many years.  We want personal bests.  We want to loose those troublesome poundage.  We want to not get hurt regardless of our shoe choice.

Good running form is the little black dress of running.  Not everyone owns one but they should.  Its an essential.  It's simple in theory, elegant in use, and looks good on everyone.   It's hard to get used to though.  You have to feel comfortable in your own skin before revealing what you've got.  That takes time and work both inside and out.  I believe the best way to learn solid running form is to train barefoot and it doesn't mean that you have to ditch your shoes for good and become a spectacle. In theory, I don't mind being a spectacle but don't get me wrong I am still rather shy and have to work at it. Its not in everyone's nature to do that.  It is still however a great training tool both for your body and soul to do what makes sense and let the rest of the world catch up to you.

Its unfortunate but a reality that often what's "good" for us is not necessarily fashionable.  The shoe companies really don't want us all to ditch our shoes and start spending our hard earned money at the spa on pedicures.

Barefoot running is an opportunity, a tool to learn good running form.  You learn to run barefoot and then, when you need to, transfer that to running in shoes.  More than likely you will really enjoy going naked and do it more often that you thought you actually would, but more importantly you will become a better runner.

For a long time women have been competing with men in the world and running has been no different. In the barefoot and minimal circles its following the same trends of women trying to break into this male dominated movement.  It took Kathrine Switzer running the Boston Marathon to get things really going for women runners.   Women are now starting to get more and more into a natural form way of running but some obstacles have to be overcome along the way.  We know that running form is essential, just like that little black dress, but just like we were told that puffy taffeta and shoulder pads were becoming, we were also misinformed that puffy padded running shoes  were the "thing to do" as well.   It takes time to cut off the rat tail and move forward!! 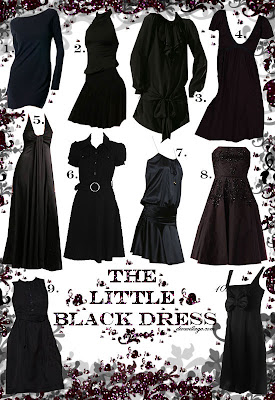 You don't have to be or aspire to be an ultra runner to be a barefoot runner.  In Born to Run they ran crazy long distances and Jen Shelton is a bit of a crazy party girl. You don't have to be some kind of bad ass and into partying and drinking to dig barefoot/minimal shoe running.  All you need is a some curiosity and desire to better yourself.  Once you try barefoot running you will discover that its fun and the benefits, if you learn correctly and build a solid foundation, are worth the nervousness of doing something new.

Barefoot and minimal shoe running is the couture little black dress of the running world.  It's funky, it's stylish, and it's the new thing and will in time become a staple because it makes sense.  For good reason.  Just like the world is changing, running is changing too.  We are questioning what we thought to be solid truths like padded cushioned running shoes to save you instead of strengthening the amazing bodies we already have.  We are also moving away from traditional copies of men's running clothes and adopting fashion in our running clothes.    I want to look feminine when I sweat even though I can sweat like a man.  I still want to look like a lady.  Looking good boosts my confidence and makes it easier to get out there and run barefoot and often being the only one.

If you are really nervous about getting out there barefoot, put your cutest running clothes on.  Your favorite lucky t-shirt or whatever you LOVE to run in.  Paint your toe nails.  If you are missing one or more.....paint over the spot they should be.....been there and done that!

What do you do when you are standing at your door nervous and naked footed?  Put a smile on your face, shoulders back, head level, and one foot in front of the other moving forward!!  Holding your head level and looking forward is an attitude but posture is your foundation of running!  Just like if you had slumped shoulders in your little black dress you wouldn't look as good as if you were leading with your chest with a level head and a smile on your face!!

So true! And very elegantly put! I love running barefoot and have never felt embarrassed by doing it. It's all in the attitude!

i found my 'couture dress' a little over a year ago and have been sporting it since. in fact, i can't run without it. i just finished my first (official) 1/2 marathon race -- painted toes (skin) and all. i'd prefer to be free of the attention that the 'dress' gets but don't think i'll ever ditch it. it allows me to keep running -- ALL FOR HIS GLORY!

So simple, but so right.

Angie--Cannot tell you how much I LOVE this analogy! What a great way to reach out to the females out there a bit shy on trying it. Well done!

All true! If traditional shoes are the '80s shoulder pads of running, and barefoot running is the little black dress, then minimalist shoes have got to be the perfect butter-soft ballet flat that I am constantly searching for.

I agree!!! All time fav Angie bee post!! All time fav post re/ women's barefoot running!!!! Ps/I do not own a little black dress...just my bare feet!!

So fantastic. I love this post. I'm new to barefooting and I haven't put in too many miles yet but I love every step I can run without my shoes. So freeing and so much fun.

Such a great analogy! So glad to connect with another female barefooter. I run both barefoot and in my FiveFingers and love it!

what a great analogy!! I have worked my way down to a 4mm drop heel and feel good in that right now because I have worked on my running form. when we don't live in nasty miami i will try barefoot

Very nice, Angie. That little black dress offers so much expression of who we are without frills and fuss. I love this: "We are questioning what we thought to be solid truths like padded cushioned running shoes to save you instead of strengthening the amazing bodies we already have."