My oldest spawn turned 11 years old today!   We don't always do a party or cake on the kids birthday but close.  He had a party on Friday with some friends and today ended up being really fun.
We dropped him off at Culture Inc. to meet with The Des Moines Drummers 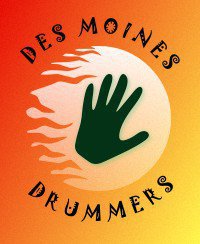 He was so excited and when I walked him I instantly realized that this was a very cool group of people from all walks of life.  Jaymon and I took the other three spawn shopping before coming back to hang out. 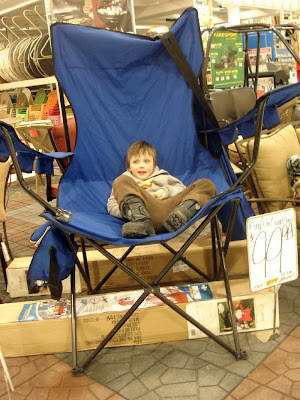 Menards is fun EVERY TIME WE GO! 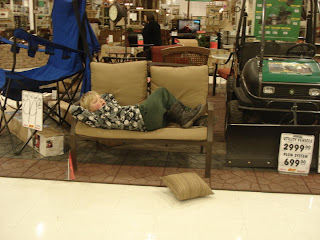 The patio section is always a hit. 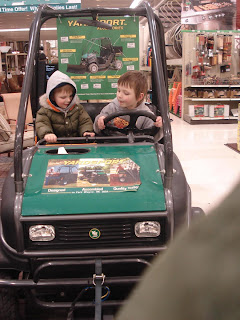 Somebody left the keys in that little cubby on the dash of this fun toy.  I had to take them away from Milo!  He was ready to turn it on and go and Archimedes was ready to ride shotgun.
We decided to go grocery shopping after picking up Sammo from drumming so it ended up being a fun late night for the Bishop/Hotz clan.  We all went in to Culture Inc to pick up Sam and the boys were mesmerized!  Jupiter went up to a lady playing Trombone and was very curious. I told her that he has autism and didn't talk.  She was so kind and patient with him and showed him her instrument and got him to play a bit!!  Milo decided he had to try too.   Mind you, while the boys were playing with Anne the rest of the group were drumming and dancing.  Seriously my face hurts from smiling so much. Jaymon really enjoyed it too and believe it or not, even with all those people playing it never seemed too loud.
So Anne got Milo and Medes to try her trombone and Milo sat and played for over 20 minutes.  He was having so much fun.   Jupiter kept sneaking around blowing out candles and Sam wandered around playing his Djimbe.  We met up with my barefoot running buddy Forey and watched him dance the night away.
Awesome night and we will be going back to hang out with the Des Moines Drummers!
Paul Simons Loves Me Like a Rock was playing in Menards. Even though I am estranged from my mother I do have some fond memories.  The woman could find and sing a song for every occaision.  She used to sing Loves Me Like a Rock all the time to us when we were kids.  Now that I have son's I sometimes sing it to them and try to always get down on my knees to hug them.
Awesome 11th birthday for the oldest spawn.
This was playing in Menards too!

Sounds like an awesome birthday and great family time!

what an awesome day!

Happy birthday to your little (old) guy! I get sad when my kids have birthdays...it goes too fast. Looks like you guys made the most of it.

Happy Birthday to your sons! How fun to have birthday's so close together. We don't always do a party or cake every year either. We do an every other year thing.
I'm excited to see what you think about the Evo II's. I've been running in them for a few months and am up to 15 miles. But I'm excited to see how you think they compare to the Merrell's.
I also like running in socks. Have you tried the brand Darn Tough? I've put in over 20 miles and they hardly show any signs of wear.

What a fun day! I like going to Menards when they have their Enchanted Forest up for Christmas.

Manards is SUCH a great store. My dad always jokes about how they sell everything in there. Looks like everyone had fuN!