We beat the rain by about 10 minutes during my coaching session this morning.   I coached a guy who is just starting out running.  He just turned 50 and wanted to start out on the right foot..... His form and posture looked quite good.   Now the fun part of editing video and editing photos.

I love that I can coach and not feel wiped out afterwards.  It has taken quite a while to get back to normal.   I did take a nap however.  Im not sure what the allergen is but it has happened several times now where my ears, cheeks, neck, and elbows turn super red and hot.  I take a shower and take two benadryl and it goes away but it would be nice to know what exactly is causing the problem so I can avoid it.    I thought that it was a mold issue as  I thought it happened when I washed some potatoes and peppers that had a bit of a bad spot but I don't think I touched anything like that today.

We have had thunderstorms off and on all day and some of the loudest thunder I have heard and I have been in the midwest for years now.   The thunder was shaking the whole house!   It was a nice day to chill out and nap even though now I feel like I have so much to do tomorrow.    I wasn't able to get outside for day 50 of #handstand365.  I can't believe its been 50 days already. 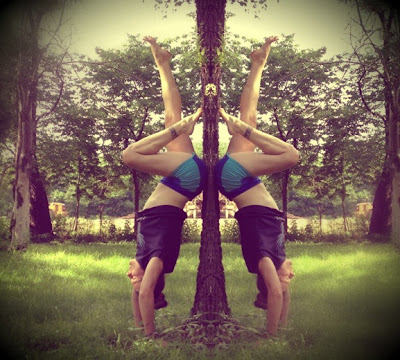 Day 48 was a hollowback kind of day. 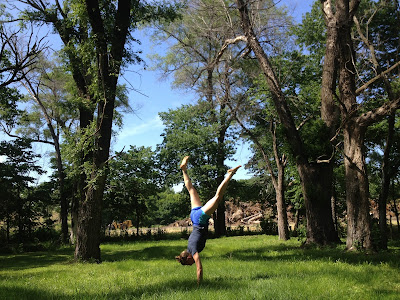 Day 49 Working on straightening my arms and getting my head out of my shoulders. 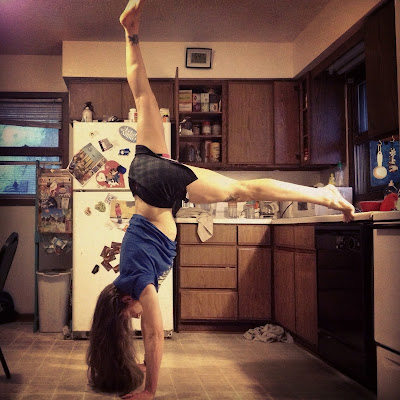 Day 50!!  Kitchen Yoga during the thunderstorms.

Have a fabulous weekend!!

Hope you can sort out your allergies. I struggle with allergies and know how frustrating it can be.

You have done an excellent this to increase the knowledge about athletic department.This is too good.
http://www.apparelnbags.com/athleticwear-athletic-t-shirts.htm

I truly needed to express profound gratitude for this sort of post and I energetically suggested it, thanks again for sharing such a magnificent post
Custom Assignment Writing