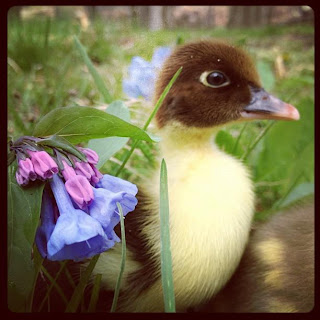 My beekeeping friend stopped by the other day excited to let us know that he had Muscovy duck peeps that just hatched.   He had promised my oldest spawn a baby duck last year and then all of his ducks fell prey to a fox he had been trying to trap.   He helped us put together the trampoline we had just brought home and then took Samson to pick out a duck. 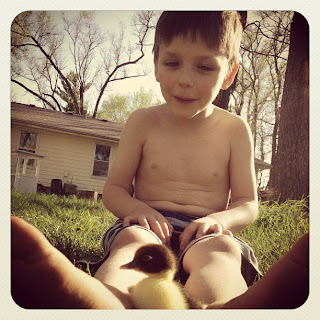 Sam named the duckling Alphonse after Alphonse Elric from Full Metal Alchemist.  He (or she, they are too young to tell the gender) has been excellent fodder for photography and endless fun for all of the boys. 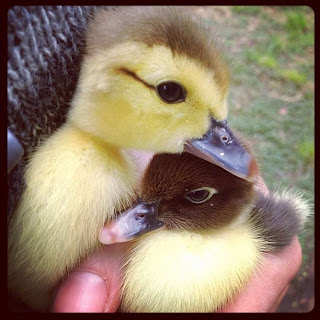 Yesterday I finally decided to call Jerry up again after , debating on whether or not we want two,  and see if we could have another peep.  I thought Alphonse was a bit lonely and even though we hold him often I worry about when we are gone.  So we spent a couple of lovely hours chatting with Jerry and his wife, enjoying the pigeons, ducks, flowers, and bees, and going home with Frida, a new companion for Alphonse.

The names are fitting since Muscovy's are native to Mexico, Central, and South America.  Frida is named after the mexican artist Frida Kahlo de Rivera.   As an aside, the movie Frida with Selma Hayek is excellent and I enjoyed the book The Lacuna by Jane Smiley also featuring Frida. 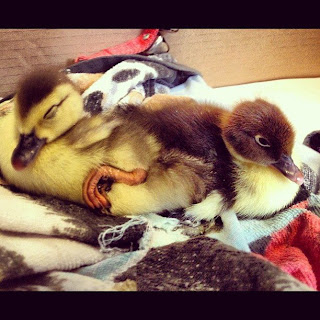 Serendipitously the ducklings are living in the trampoline box in the kitchen and they nap on the heating pad with an old beach towel over it and seem quite content and happy.  Muscovy's are a quackless duck that makes a raspy squeaking sort of sound and are excellent bug eaters.  They are not as adorable when they grow up but they have much  character and charm.

HOW BEAUTIFUL!!!! Love them!

Oh they are SO cute!!