My day started with putting on my awesome SnorgTees hoodie.  They sent me one to test out and I couldn't be happier with it.   The green is a stellar color and gives my skin tone a nice alive look.  I am so pale most of the time that blue tends to make me look rather, well,  blue so its a nice change to wear the lively Kelly Green.
So today was block class for Samson and Milo.  That means that I drop them off with the other homeschoolers and they work on projects and learn together once a week.  Sammo is playing Little John in the play his group is working on and Milo learned about his brain, heart, lungs, and guts.  He had a cute song to go with it!

During this time I get to hang with my littlest spawn Archimedes.  He is 3 1/2.  He is a different kind of kid when its just him and I.  He is mellow and can think straight without the stress and intensity of interacting with older brothers.

Today we went downtown.  Downtown Des Moines is a really lovely city.  The library is quite fantastic and we park in the underground parking and take the elevator up.  I love that this is still such a big deal to Medes.  Hell I still love to push the button and ride the elevator.

We walked over to an outdoor market and he bought some honey and honey sticks and made sure to buy some for his best buddy Milo.  They fight but love each other just as intensely.  After the market we walked back to the library and decided to stop at the coffee shop.  We were given flowers by some ladies who were giving them out for Alzheimers awareness.  An old hippy guy played Archimedes a song on his guitar and although Medes was shy he spoke animatedly about wanting a guitar of his very own when we were sitting inside the shop. 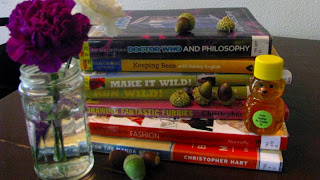 We took our coffee into the library and played and browsed.   I got books on Bee Keeping, Wild activities for kids, Drawing for both fashion and Manga, and best of all a book called  Doctor Who and Philosophy.  How cool is that!    If I would have gotten a t-shirt instead of a hoodie I would have chosen this one!  You fellow Whovians will appreciate this!

I seriously have to stop myself from looking at the SnorgTees site because there are just too many favorites. Thank the goddess I no longer have a credit card!!! 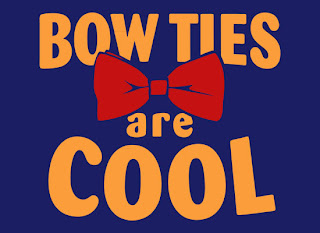 Archimedes and I  ended the afternoon collecting acorns and again his kind little heart had to get some acorns for Milo :)  A fabulous autumn day.  Was it in part due to the lucky hoodie......I definitely think so!   When you have on clothes that are uber comfy, a good color, and make you smile, its sure to add to the quality of the day.

Want to win a T-Shirt from SnorgTees?   They are giving a Tee to one of you lucky readers!

Here are the rules:
As always each comment counts as an entry into the giveaway.  Do as many or few as you choose just leave a separate comment for each thing you do.


The giveaway will run until Wednesday September 28th!
On the way home from our lovely afternoon downtown  we rocked out to Weezer when they came on the radio!

I LOVE the "Carbivore" one! It's a dinosaur eating a stack of pancakes! So cute :)

Tweeted the giveaway too!

I'd get the "I support recycling" shirt since it's so true!

I love that song by Weezer. It's a perfect running song that always gets stuck in my head.

I follow you!! Love your blog. I love Snorg Tees and have bought from them in the past. For this go round my favorite tees are "Geek is the New Sexy" or "BigFoot Hide and Seek Champion". I am a self proclaimed geek myself. I am also a mom of 2, wife, full-time student, Registered Nurse, and runner. So I love a little humor and a tee that expresses me. I am FBing this contest now and Tweeting it too.

I like the Peter Cotton Ale shirt - too cute!

Those shirts are pretty cute! I am a follower- please enter me!

(BTW- having a DVD giveaway on my blog now)

After MUCH consideration, i think i like the one that doesn't say anything, just looks like a men's tie hanging down best.
runner_girl5k(at)yahoo(dot)com

I love the CANT TOUCH THIS TEE.

My favorite shirt is, "Either you like bacon, or you're wrong!"

and I love me some Weezer!

the chocolate bunnies tee made me laugh out loud. I have that kind of humor : )

The "Are You Positive?" shirt would be awesome for school!

I follow you...I LOVE these shirts and hoodies.....very clever!

I am married to a geek....so I like the "Geek Is The New Sexy" one! Love my computer guy!

It was hard, but I think I like "I have not yet begun to procrastinate" the best!

"Forget History, Let's Read About The Future" is great. That's me.

How can you NOT smile with this? http://www.snorgtees.com/t-shirts/smile-for-no-undies
schkinner at yahoo dot com

I love Snorg Tees! My fav is the chocolate bunny one :)

Though 10 will always be *MY* Doctor, I have to go with http://www.snorgtees.com/t-shirts/geek-nerd/bow-ties-are-cool

Well I don't know if this is still running but I LOVE Snorg Tees!! I did all four entry items either way. My favorite tee by far is "Zombies hate fast food"

I really like this post very much.This is all regarding fashion updates for everyone.I love your work and really impressed by your working.
http://www.apparelnbags.com