The winner of the "Real Men Wear Kilts" t-shirt giveaway is Stefano of Run with the Black Knight.   I messaged you Sir Knight and I will get your shirt out to you as soon as I have an address to send it to!  Be sure to post pictures when you receive it! 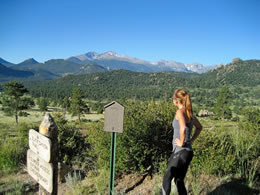 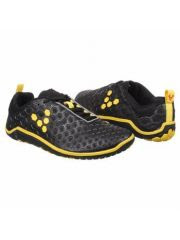 The hubby and I finally ran outside today in beautiful weather! It was 43 when we set out to run at the fairgrounds.   I actually got hot at about mile 3.  That's when I took off my shoes (Evo IIs that I am testing) and ran for another mile barefoot.  The snow puddles were invigorating and the rest of the roads were warmed by the sun.  I have missed those sensations.  I can tell I have lost some fitness during my January break but I can also feel the potential just waiting to come forth!

We had planned to run farther however my oldest son called just as we were getting a drink of nuun from the van to tell us that Milo (my 4.5 year old) had lost his fingernail.   He recently smashed it and it became infected.  I took him to the Doctor the day before yesterday and we decided to go with a week of antibiotics since the infection seemed to be spreading.  I asked the Dr. if he thought that the nail would come off and he said it was possible but not likely.
When we get home after Sam called,  which only took about 5 minutes, Jaymon and I start to make Milo laugh and giggle as he shows us his finger.  He wanted to have the nail cut off but we were reticent to cut it off since we thought it would hurt. It was just barely attached but was bleeding just a bit and looked irritated.   All of the sudden Milo got a surge of bravery and ripped it off!  We all gasped and backed away covering our eyes.  It was pretty funny in that we all had the same reaction.   It took a minute for the pain to sink in.  He asked for a bandaide and is feeling great now.  Crazy kid.

The upside to having our run cut short is we got to experience one of the disturbing sides of parenting and we will probably be refreshed and ready to run again tomorrow since our run today was short.
Temperatures are supposed to stay in the 40s for the next week.  The winter break is over!!

I had pictures of us running and laughing, and having a grand ol time but I am having computer woes still and they have expanded to include my desktop. This lead to the photos from today being lost in the void.   I am xcited about using Linux now though on the netbook.  It seems as if it will be more my style.   Between kids getting hurt, kids being sick, and computer problems it was  such a reprieve to run outside in the sun today.

That camp looks awesome! I want to go!

Congrats to Sephano!! So awesome.

Thank you very much, I am happy to be the lucky winner. Tomorrow morning I will mail you my address. I think you know that I will be in Scotland in middle march, so the kilt is appropriate. Of course I will post the picture.
Running camp sounds interesting, I am sure you will enjoy your time there.

I'm glad Milo finger is ok. Glad that you were able to get out and enjoy some of the weather. Even in your barefeet that is great.

Last summer, I somehow got an infection under my middle toenail. Once I yanked the nail off, my toe felt much better. I wore a band-aid over the toe with the missing toenail for a few days before the skin was tough enough for me to remove the band-aid.

Estes Park is gorgeous. Your boys would love it too. There's a Buddhist center out here that does meditative running workshops that I want to go to. Something mountain retreat? It's across the mountains from us by Buena Vista I think.