No running, computer issues galore, and a crushed kid finger

I have been tested by the universe in my patience and perseverance. I keep in mind that this time of year is hard to find things to write about since I feel the daily effort to keep from succumbing to the winter blues.  I have to constantly remind myself that I need to be kind to myself and that winter stress this time of year should not be taken lightly and blown off.
I have not been running.  There are three reasons for this lack of movement. #1 Its been very very cold outside.  Deceptively so in that the sun may be shining at 3 degrees.  #2 We have been having computer issues out the wazoo including the exercise areas computer which is also my netbook I take with me when out.
This is frustrating in that we are clever computer savvy people and it seems like one thing after another keeps bleeping messing up.  The 3rd  excuse explanation is that the rest of life has really gotten in the way.  I think that by running my stress levels would be lower but I have been too weary to make it work.  Someone is either getting sick or hurt or there is an appointment to go to.
The good news and what is keeping me smiling now is that it is supposed to be 36 on Saturday!  I love how 36 seems like a heat wave! Spring is coming and it won't be long before I have endless opportunities to wade through all the excess fodder for this RUNNING blog!

The computer issues extend to my son Jupiter.  He has autism and uses two different communication devices.  At therapy they want me to start putting instructional videos on his "Talkers".  This is something I have figured out in the past however now the formating of the clips have changed and the older software will not allow for the correct player to be used to play the videos.    Hours have been spent trying to figure this out.  I did make enough progress to keep from cussing and swearing at the devices however I still have not been able to get the clips on his talker or his iPod touch so the swearing was downgraded to growling like Marge Simpson.  I am determined to make this work!

We have been talking lately about becoming backyard bee keepers this spring.  I have been researching online and reading books from the library. 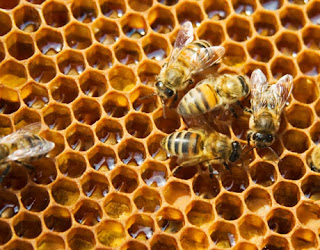 Milo crushed his finger two days ago and it became infected and he spent all of last night crying and trying to sleep through the pain even after pain relievers.  Poor little fella. See what I mean,  life has been throwing us curve balls lately. Today we went to the doctor.  The finger had become inflamed, swollen, and infected and finally burst early this morning which relieved the pain and pressure however it is still infected.  He was able to sleep for a few hours.
He was quite the trooper and was very mellow about the whole experience.  He had his finger X-rayed to rule out a broken bone and was so sweet to ask if he could take a sticker for each of his brothers!
After his appointment we sat at Hy Vee and had coffee and apple juice together and read my bee book and talked about what we saw out the window and the people in the store with us.  We were both tired so the wait was relaxing.  Milo assured me that he would try not to pick too many flowers this year and leave lots for the bees!

Although life is busy, wonderful things are on the way and we have each other to get through the winter.  In comparison this winter is going much much better than the last.  We are progressing instead of just hanging on even though it doesn't always seem that way.

Coming up I have a raffle in the works to raise money for race entry fees and Easter Seals.  I have a pair of Merrell Trail Gloves, a SportKilt, handmade hats, 3 Road IDs, and more!   Several exciting reviews consisting of a Golite backcountry backpack and the Terra Plana Evo IIs.
I also have started making Kombucha SCOBYS from scratch and will share that process and progress here.

Life is good even though I am cold.

Your boys are sweet! Hope Milo's finger heals soon and that you get your computer problems fixed in no time. Enjoy the heat wave this weekend! ;-)

We midwesterners are a tough lot, happy, even ecstatic when it gets above freezing. Sounds like you are rolling with the punches and that's all you can do some days.

We are suppose to have a warm up in Omaha too! I can not wait! I like to new blog header...is that from Des Moines 2010 marathon? Is so...I was there!!

LOVE to the new header! I've been thinking about you and your winter doldrums. Sounds like you're too busy for doldrums!

Sorry it's been trying for you. It seems when it rains, it pours sometimes.
I'm with Cynther and LOOOVE your new design!
Checked out the Sportkilt the other day and they are AWESOME!
Here's hoping that warm weather brings better days for you and yours.

First, love the new header! Second, sorry you've had a rough week! Computers are frustrating little machines..too bad we need them so much.

I just got a pair of Terra Planas, btw! Cool yellow and gray.

I love your new header.

Wow there is a lot going on in your world without running!

I hope the computer and technical woos are remedied soon.

Can't wait to follow along with the bee keeping!

Life has also interrupted my running. I feel better knowing I am not the only one who cannot be superwoman/supermom all the time:-)

I am a school psychologist and know how hard it is to be a parent of an ASD kiddo. Kudos to you!

My dad raised bees when I was growing up (I ended up having a slight allergy to them which was helped by eating the honey just a weird fact) It was AWESOME to have them- get to watch them flying all around, watch dad in his gear gather the honeycomb, then getting to help spin out the honey... I think you all will love it! Make sure you let us know if you do- I would love to relive my childhood through your stories and pictures :)

I agree Kovas we are a tough lot!
I am really glad that I have so much to do and we have to get out of the house for Jupiter's therapy so we make it fun!
Tomorrow is supposed to be warm :) Seriously 36 sounds heavenly!

I think our lives are pretty much mirroring each other (apart from the bees). Life has been getting in the way over the last few months, and try as I can, my running has been downgraded to "I will if I have half an hour and I don't feel like crap".

Like you, spring is coming, the nights are drawing out and I as I take the 30 min drive from D's therapy, I can start to feel that I may be able to start an evening run.

I am usually a "laid-back" girl (in the best sense), but it does come to a point where you want to tell life to go away so you can run more than 3 miles.

Still can't wait to meet you @ MTD's. Give good thoughts to a nice tax rebate! :)

poor little dude!! hope he is feeling better!! and can't wait for the raffle