A handy dandy list will make this modge podge of ramblings bearable for us all since quite a bit of this post will be for the sake of posterity. In no particular order of course. 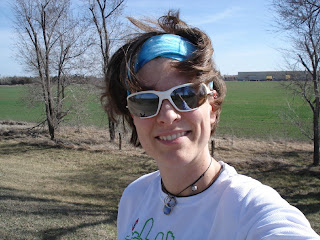 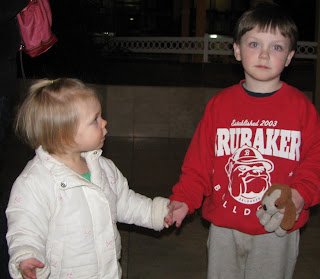 The dear one is still in Salina to finish up odds and ends things around the house and  do his boring old taxes which he would get distracted from doing if he were here with us. I sit here writing this blog while the boys run in and out of the house.

I miss him already and am going to have to be clever and diligent about getting some running and workouts in while he is gone.

I am so thankful its spring!  Time for a run with the little one in the jogging stroller.

Don't forget to sign up for my giveaway!  The prize is 2 lbs. of Chia Seeds from ChiaSeedsDirect.com.
If you are not familiar with chia seeds, here is a little snippet about them.

Chia seeds go back centuries to Incan, Mayan, and Aztec cultures, for whom chia was a staple.
"Chia" is the Mayan word for strength. According to chia seed lore, Apache warriors would tie a bag of chia seeds to their belts to sustain them on the warpath. Aztec warriors, it is said, were sustained by chia seeds during their conquests.

Chia seeds were so important to the Aztecs that they were accepted as legal tender. And they were a staple for Indians of the southwest, who depended on them, particularly on long treks to the west coast to trade with California tribes.
Chia seeds are high in:

Chia seeds have much in common with flax seeds, which have a deserved reputation as a superfood.
The clear advantage I see for chia seeds is that their natural antioxidants make them stable, whereas flax quickly becomes rancid. There is no need to grind chia seeds before eating them.

Like flax, chia seeds are highly hydrophilic, with the ability to hold about twelve times as much water as their own weight.

Sounds like a good time, that was a good read. I am happy for spring as well! Even though we have had 2 days of nothing but 50 degrees and rain again. oh well.

I am a big fan of chia seeds as well.

I always say "cooping a squat" when we have "corn field emergencies".

I alaready miss the warmer weather we had on the east coast. It's cold and trying to snow again. Uck!

Sounds like a fabulous trip! LOL at your stop in the bushes. One of these days I won't make it to a porta potty in time.

Ohh I'm absolutey dreading the day I have to take a pit stop in the bushes! but lol at the image of some dog owner finding your erm leftovers!!

I'm laughing at your comment on the treasure in the bushes! Welcome to the club. Glad you had a great trip and glad to have you back!

Hah! Thanks for linking me in and sorry about the mishap. You know how I understand. It is humiliating, and like you said, usually not as bad as you think it will be when you get home. Glad you got some good runs in though.

Very cool blog. I accidently found it and now follow. Cool huh? hope one day you come visit mine too. I do sandwiches.. lots and lots of sandwiches. Nothing serious. but fun. keri (a.k.a. Sam)

For more information about chia seeds, and some recipe ideas, check out my website: www.chiativity.org

I just had a visit from my dad whom I'm estranged from. I'm to the point where it doesn't bother me but it took a long time. Now I feel sadness that he's missing out on so much joy in his life including his grandbabies but I don't think he has the capacity to care for anyone other than himself. Sad.

Glad you had a great trip. I love mishap stories because I've had things happen to me during a run and I swear I'm being secretly videotaped for some hilarious show I don't know about :)

Your hair is gettin long!

thanks for sharing the gu review!

I've never seen the apple GU, but I agree that the blueberry pom kind is GREAT. Probs my fav.

Good for you eating a hotdog. I have been known to down one or two of those at baseball games too.