Vegan Vednesday and back to school

My oldest spawn is home from a three week visit with family in Denver. Its so nice to have all of my people under one roof again!  Check out the t-shirt he picked out.  The Dude Abides, indeed.  Strikes and gutters man. 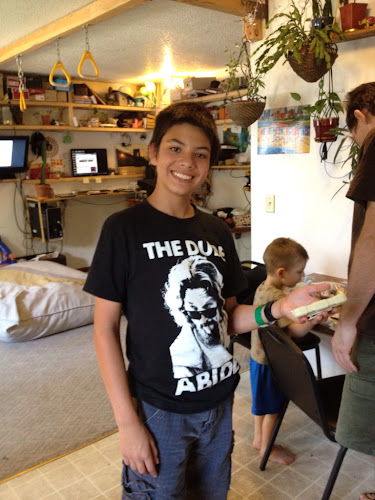 Today while the super hero was picking him up from the airport I made Baba Ganoush for Vegan Vednesday. It has to be the funnest thing to say ever! I used this recipe. He has some really fantastic recipes on his site. I look forward to trying more of them. I have had Baba Ganoush (say it out loud without smiling :) that was stellar. Jaymon made it. 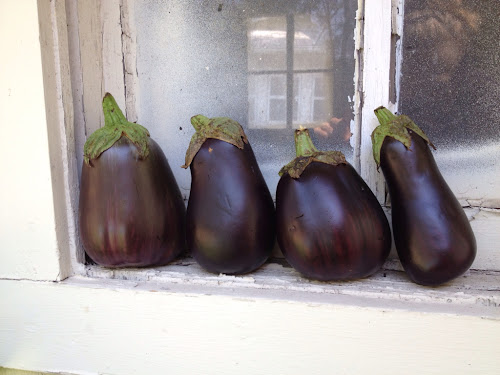 Mine was not as good as his. Meh, I ate a bunch and felt good and its supposed to get better with age so will try it again tomorrow. I think the flavors need time to marry. The downside is that its better on some pita or some kind of bread and not as tasty on veggies like hummus is. 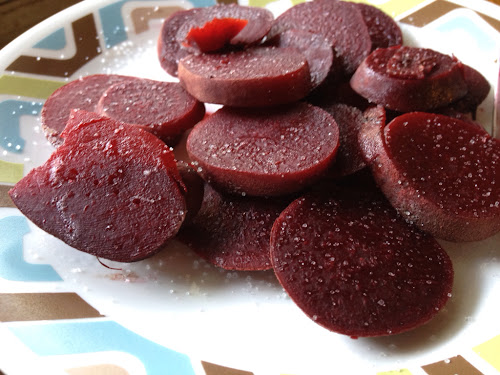 To make up for the not so stellar Baba Ganoush, I had two plates full of beets and the happy pink pee for the rest of the day that follows. If you didn't know it might happen it would be disturbing. 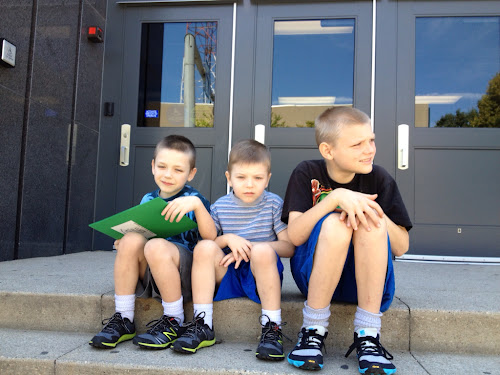 This was taken yesterday after signing Milo, Samson, and Archimedes up for Home Instruction yesterday. My crew is so rad. Those crazy boys make the mundane a blast! They had fun running around in their new kicks too.

I am loving seeing all the pictures of kids going back to school! This time of year is so fun. Jupiter's first day of school was today. He did pretty well and was excited to go. Tomorrow we go to the Home Instruction offices at the Central Campus and look at the books and curriculum available for kindergarten and first grade. We don't use books for Sam, who is in 7th, but for the wee fellas I want to see whats available, even just for inspiration. 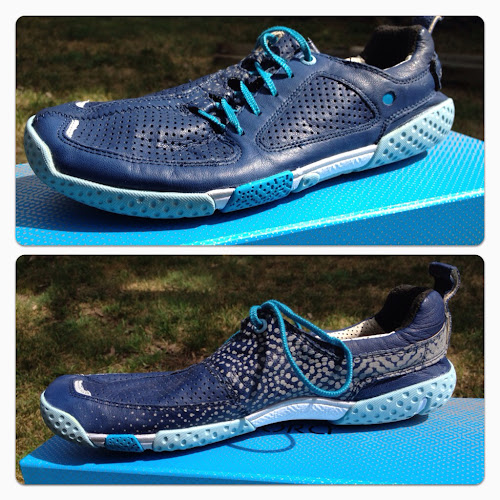 Check out what came in the mail today! These are Skoras they are minimal shoes unlike any I have yet tried and I have tested out a lot of shoes. What do you think? They have a Tim Burton sort of feel about them.....

In fitness news, I am doing more yoga and looking into Mitochondria support supplements to hopefully help with the exercise induced fatigue. It looks promising!

How did your spawn do on the first day of school?

My first day of school is always crazy! But it was three weeks ago because Hawaii is crazy like that. The whole year is summer, so summer break confuses them. It is fun to meet the new class and watch them be super-well behaved for the first two days while they try to figure the teacher out. Then it's fun to watch them test boundaries and be quick on my toes putting the brakes on where needed.
Also, my wife loves the post-beet pee too. She is weird.

It is so disappointing when you cook something up, expecting it to be delicious, and it totally fails you. It happens to me way too often. Notice how I wrote "IT" totally fails, not "YOU" totally fail. I always like to blame the recipe, otherwise I'd probably stop cooking altogether.